Due to the COVID-19 crisis measures the PhD defence of Davood Baratian will take place (partly) online in the presence of an invited audience.

Davood Baratian is a PhD student in the research group Physics of Complex Fluids (PCF). His supervisor is prof.dr. F.G. Mugele from the Faculty of Science and Technology (TNW). 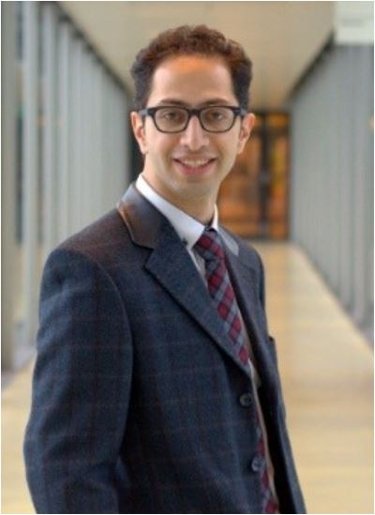 Why is this important to gain a deeper understanding of the physics of droplets? How can we use the capabilities of electrowetting (EW) to this end? What are the areas where we can make use of active droplet manipulation to solve practical challenges? In this work, we focus on assemblies of condensate droplets as well as droplets confined in complex structures, to show how EW - as a powerful tool – i­­­­s used to develop theoretical ­­comprehension of each phenomenon and then employed in the context of practical applications.

On the pattern of condensate droplets on the surface, we show how EW modifies the distribution of droplets on the condensing surface by aligning the droplets along the electrode structure and by enhancing coalescence. Both these effects are governed by the electrostatic energy landscape, as described in chapter 2. There, we also provide practical insights towards optimizing applications involving dropwise condensation and how to control the condensate patterns. The impact of EW on the pattern of droplets is addressed in chapter 3. We demonstrate the significant alteration of statistical characteristics of the ensemble of droplets as the result of the migration and coalescence of condensate drops, controlled by EW. We talk about self-similarity, as a feature of droplet patterns and show how this feature deviates from its classical trend once the coalescence cascade sets in under EW, and consequently the drop size distribution undergoes a different evolution. These results suggest that the condensation performance is expected to increase, considering the changes in statistical properties under EW. Our hypothesis is proven by heat transfer measurements as described in chapter 4, where we extend our study from a fundamental analysis towards feasibility for application opportunities. We show that dropwise condensation under alternating electric fields manifests significant changes in thermal characteristics and drop shedding dynamics compared to the classical dropwise condensation. In absence of non-condensable gases, we measure an enhanced heat transfer of ~74% with respect to the control case which is correlated to enhanced shedding dynamics of condensate droplets under EW.

On the behavior of droplets in complex structures, in chapter 5 we start with addressing the dilemma for the equilibrium morphology of liquid drops exposed to geometric constraints. The complex equilibrium shape of the droplet is monitored in different configurations between the wedge walls. While the morphology and positions of the droplet is controlled by EW, we observe that the droplet maintains a spherical shape under equilibrium conditions. The force analysis shows a net force of zero acting all over its interface. We show how the geometric constraint and EW can be used to position droplets inside a wedge in a controlled way, without mechanical actuation. Beyond the equilibrium analysis of the droplet where the motion was deliberately in a quasi-static manner, in the next chapter, we studied the dynamic transport of droplets in a wedge geometry. We analyzed the subsequent relaxation process of the droplet once the electrowetting actuation is either applied or removed. We explore the different mobility regimes and explain the characteristics of relaxation regimes by the status of lubrication layer between the droplet and the substrate during the motion. Using a combination of experiments and numerical simulations, we show that the cross-over between these regimes arises from the interplay between the small-scale dynamics of the thin film of ambient fluid and the large-scale motion of the droplet. On the practical side, our study can help the rational design of devices based on EW-driven droplet transport.

Due to the COVID-19 crisis measures the PhD defence of Davood Baratian will take place (partly) online in the presence of an invited audience.