Due to the COVID-19 crisis measures the PhD defence of Tran Phong Phu Le will take place (partly) online in the presence of an invited audience.

Tran Phong Phu Le is a PhD student in the research group Inorganic Materials Science (IMS). His supervisors are prof.dr.ir. J.E. ten Elshof and prof.dr.ir. G. Koster from the Faculty of Science and Technology (TNW). 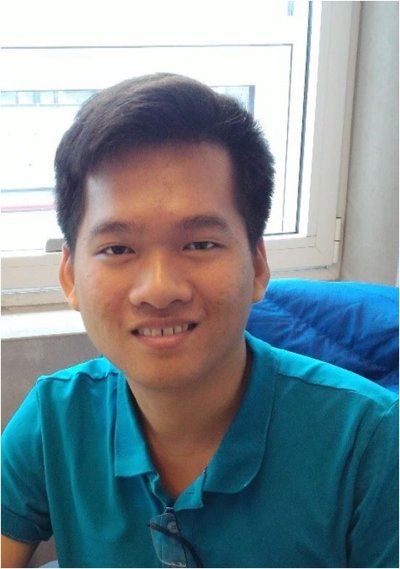 Realizing high-quality epitaxial transition metal oxide thin films on Si, glass or arbitrary substrates is promising to offer novel features and high performance for devices in electronics, optoelectronics, sensors and so on. In this thesis, the manipulation of transition metal oxide thin film orientations, both out-of-plane and in-plane directions, on arbitrary substrates is studied by two methods: oxide nanosheets and single crystal substrates. Regarding the first approach using oxide nanosheets, they can serve as templates for the thin film growth of transition metal oxides in one preferred out-of-plane orientation, enabling the free choice of substrates for both fundamental studies and practical applications. The reasons are that atomic-flat oxide nanosheets have a wide range of lattice constants and various 2D lattice symmetries, and they are easily deposited on any substrate surfaces through solution-based Langmuir-Blodgett technique. Regarding the second approach using single crystal substrates, the epitaxial lift-off of single crystalline oxide perovskite thin films with different orientations is realized using sacrificial layers deposited on single crystal substrates.

The VO2 epitaxy on oxide nanosheets that are deposited on either amorphous SiO2 of Si substrates or X-ray transparent Si3N4 membranes was studied in chapter 2. Considering lattice symmetry and lattice/domain mismatch, the epitaxial growth of VO2 films was realized in two distinct (011)M1/(110)R and (-402)M1/(002)R orientations on Ti0.87O2 (TO) and NbWO6 (NWO) nanosheets, respectively. The transport and soft X-ray absorption in transmission mode results showed the high-quality of epitaxial VO2 films on oxide nanosheets, equal to those on bulk single crystal substrates. Furthermore, the micro-level and deterministic control over two VO2 film orientations on a single substrate was achieved using TO and NWO nanosheets in combination with lithography. This study demonstrates the ability to obtain high-quality transition metal oxide films with desirable orientations for specific device applications and fundamental research by oxide nanosheets and free choice of substrates.

Based on the work in chapter 2, the effects of VO2 film thickness and the underlying substrates on the properties of epitaxial VO2 film on NWO nanosheets were investigated in chapter 3. Regarding the characteristic parameters of VO2 metal-insulator transition (MIT), the transport measurements showed that the sharpness of MIT, DT, was unchanged and the thermal hysteresis, DH, slightly increased as the film became thicker on NWO nanosheets. Simultaneously, the MIT temperature, TMIT, of VO2 films decreased as the film thickness was reduced because of the shortening of the cR axis, which was determined by X-ray diffraction. The strain effect accompanying the film thickness variation on NWO nanosheets contributed to the shortening of the cR axis. Moreover, the underlying substrates with different thermal expansion coefficients had negligible influence on the MIT behavior of the VO2 film on NWO nanosheets. The study shows that tuning TMIT of VO2 on NWO nanosheets is practicable for applications regardless of the choice of substrates.

Due to the COVID-19 crisis measures the PhD defence of Tran Phong Phu Le will take place (partly) online in the presence of an invited audience.