Due to the COVID-19 crisis measures the PhD defence of Pengyu Xu will take place (partly) online in the presence of an invited audience.

Pengyu Xu is a PhD student in the research group Catalytic Processes and Materials (CPM). His supervisor is prof.dr.ir. L. Lefferts from the Faculty of Science and Technology (TNW). 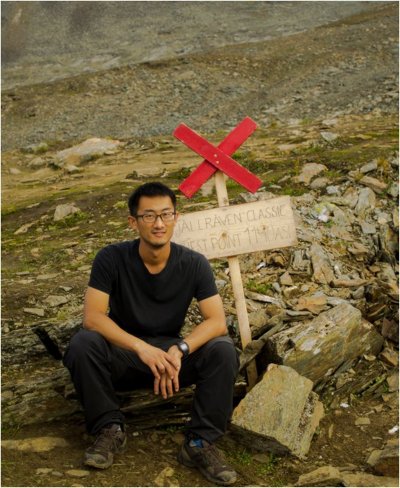 A catalytic chemical reaction is always coupled with mass transfer since the reactants have to travel to the location where the conversion takes place while the products have to travel away. It is crucial to understand the influence of mass transfer on both activity and selectivity. The consequence of internal mass transfer limitation is that reactant gradients will develop, so that active site are exposed to different concentrations of reactants and products, influencing activity and selectivity.

In Chapter 4, we present the influence of trace amounts of oxygen on formic acid decomposition reaction. The kinetics of formic acid decomposition over Pd/γ-Al2O3 is strongly influenced by deactivation. Trace amounts of oxygen can boost the reaction and prolong the catalyst lifetime by suppressing catalyst deactivation. However, oxygen reacts not only with CO, but also with H2 simultaneously. Operation at low oxygen concentration (below 0.1 vol%) enhances the production of hydrogen. Furthermore, increasing oxygen concentration from 0.1 vol% to 2 vol% cause significant increasing in the rate of conversion of formic acid while decreasing the H2 production due to formic acid oxidation, dominating the reaction.

Formic acid has been studied in Chapter 5 as an alternative reductant for nitrite, instead of hydrogen. The results show that formic acid successfully reduces nitrite in the pH range between 4.5 and 8, forming negligible amounts of ammonium. By investigating the effect of oxygen and initial formic acid concentration, order 1.4 in formic acid was observed and it is found that the nitrite conversion rate and the formic acid decomposition rate are controlled by competitive adsorption on Pd of nitrite, forming NO, and formic acid, forming adsorbed hydrogen and CO2. When the pH of the solution is below 4.5, homogeneous disproportionation reaction of nitrous-acid forming NO and nitric-acid takes place (Equation 1) resulting in NO poisoning. The catalyst shows no activity at pH above 8 due to the fact that formate ions are not reactive under our conditions.

Chapter 6 lists the most important findings and conclusions. Based on the conclusions, the recommendations are made.

Due to the COVID-19 crisis measures the PhD defence of Pengyu Xu will take place (partly) online in the presence of an invited audience.