Jun Wang is a PhD student in the department of Inorganic Materials Science Group (IMS). His supervisors are prof.dr.ing. A.J.H.M. Rijnders and prof.dr.ir. G. Koster from the faculty of Science and Technology (TNW).

Ferroelectric materials are used for non-volatile random access memory devices because these materials have switchability between two states, and they are non-volatile in nature. The performances, such as operating voltage, operating speed and the working stability, of these ferroelectric devices are important to be studied. Pb(ZrxTi1-x)O3 (PZT) is a well-known ferroelectric material because of its high degree of polarization, high Curie temperature and high electromechanical coupling coefficients in a wide temperature range. Typically, a layer of PZT is sandwiched by a pair of electrodes in capacitor geometry in such devices. Conductive oxide materials with the perovskite structure are a good template to epitaxially grow the subsequent ferroelectric PZT layer for high-performance devices. Currently, SrRuO3 (SRO) and LaNiO3 (LNO) are widely used as electrodes in PZT capacitors in the laboratory. However, attention needs to be given to the resistivity of these oxide electrodes, and the lattice mismatch between the electrode layers and PZT. 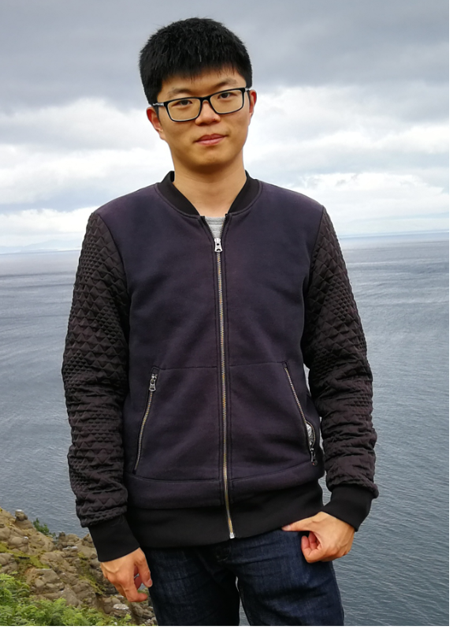 First, the lattice mismatch between commonly used electrode (SRO and LNO) and PZT is large, giving rise to defects at interfaces. La0.07Ba0.93SnO3 (LBSO) is a promising material to be an electrode because the lattice constant of this material is perfectly matched with PZT. The other issue is that the conductivity of commonly used electrode (SRO and LNO) is relatively low compared to the metal (Pt), causing contact losses in the device. SrVO3 (SVO) gained a lot of attention because of its high conductivity (the same order as metal) and high carrier density. In this thesis, we focused on the growth and the characterization of two materials, SVO and LBSO. We started to investigate and understand the optimal growth parameters for these two materials. The performance of PZT ferroelectric devices with the LBSO electrode was then studied. Here, all the thin films and devices are fabricated by pulsed laser deposition (PLD), because it can deposit many kinds of materials in a broad range of gas pressures and also can be used to deposit on industrial size silicon wafers. The growth process of the PLD system is further discussed by studying the growth of SVO and LBSO.

Growth kinetics of LBSO thin films by pulsed laser deposition were investigated to control the morphological and structural properties in Chapter 3. Two sets of thin films were grown by varying growth temperature and laser spot size respectively with the constant oxygen pressure of 0.13 mbar. The first set of samples show that the surface morphology of LBSO thin films was improved by increasing the temperature up to 830 oC. The white dots observed on the surface of the thin film grown at 850 oC are an indication of tin evaporation and segregation. The second set of samples show that a small spot size is favourable for the crystallinity and smoothness of the films. Two kinetic parameters, diffusion coefficient controlled by growth temperature and mass flux tuned by spot size, affect the crystallinity and surface morphology of the films, which in turn control the properties of thin films. At the optimal conditions, the epitaxial LBSO thin films with a smooth surface and good crystallinity were obtained.

In Chapter 4, PZT thin films with excellent crystalline quality and chemical sharp interfaces of the bottom electrodes LBSO with the ferroelectric PZT were obtained. Compared to the device with the widely used electrode SRO, a large coercive field and strong fatigue behaviour were observed for the device with the LBSO bottom electrode. The fatigue can be resolved by introducing an only 2 nm SRO layer between the PZT and LBSO. The observed fatigue behaviour is explained by charge injection and trapping at the PZT/LBSO interface into the ferroelectric layer. Ultimately, the electric field induced by injected charge leads to polarization fatigue. Charge injection is much more likely to take place at the PZT/LBSO interface because of the low PZT/LBSO interfacial barrier as compared to the PZT/SRO interface and the low carrier density in LBSO as compared to that in SRO. This work clearly shows the work function and the carrier density of oxide electrodes in ferroelectric devices play an important role in the polarization switching and fatigue properties. A conductive oxide material with a high work function and high carrier density is required for PZT ferroelectric devices.

In Chapter 5, the growth mechanism of SVO thin films was studied by varying argon background pressures, partial oxygen pressures and target-to-substrate distance in pulsed laser deposition. The plasma plume of SVO at varying growth conditions was investigated by performing optical emission spectroscopy (OES) measurements. From the correlation between the thin films properties determined by AFM and XRD and plasma plume composition analysed by OES measurements, we conclude that the surface diffusivity, growth kinetics and the stoichiometry of the films are controlled by oxidation of arriving species. At reducing oxygen pressure, the total argon pressure can control the oxidation species in the plume, which in turn controls the quality of the thin film. At optimal growth conditions, the high conductive SVO thin films with a very smooth surface and good crystallinity were obtained. The conclusion of the growth study is that kinetic effects and oxidation species both make a contribution to determine the growth mode in PLD.

Although highly conductive SVO was obtained, the high oxygen pressure needed for PZT growth can degrade the desired phase of conductive SVO. It is still of importance to study the properties of SVO in a heterostructure since it has the potential to be used in devices that have to be grown in low oxygen pressure. The metal-insulator transition (MIT) of SrTiO3 (STO) capped SVO ultrathin films and SVO/STO superlattices were studied in Chapter 6. We concluded that electron-electron interaction is the dominant driving force for MIT. The conductivity enhancement in SVO/STO superlattices compared to the single SVO/STO bilayer is explained by interlayers coupling effects.

Jun Wang is a PhD student in the department of Inorganic Materials Science Group (IMS). His supervisors are prof.dr.ing. A.J.H.M. Rijnders and prof.dr.ir. G. Koster from the faculty of Science and Technology (TNW).