Pramod Patil Kunturu is a PhD student in the department of Molecular Nanofabrication (MnF). His supervisor is prof.dr.ir. J. Huskens from the faculty Science and Technology (TNW).

Solar technology implementation has been broadly focused on electricity generation. Despite recent progress in solar electrical energy generation, important issues remain unsolved, such as the continued need for high-power energy demand for transport, central heating, and industrial processes, and the intermittency problem, such as caused by the alternation of summer and winter periods. One of the proposed solutions is to construct a solar-to-fuel (S2F) device, which describes the concept of turning solar energy into storable fuel. To fabricate a fully integrated, efficient S2F device based on photo-electricity, a single or set of semiconductors must be combined with a proper electrocatalyst. In this thesis, we show various geometries and materials combinations for a S2F device, primarily based on copper-based photocatalysts with structured silicon as a base material, employing device structuring and modification. 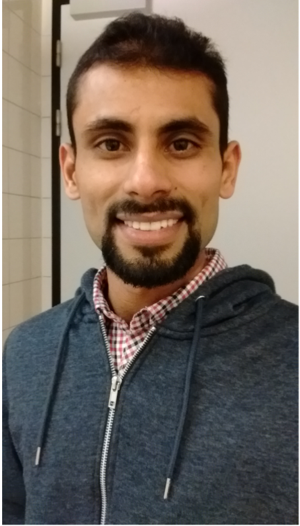 In summary, the findings presented in this thesis focus primarily on copper oxides (Cu2O & CuO) in photocathodes. Because of its band gap of 2.0 eV, Cu2O could theoretically provide a solar to hydrogen conversion efficiency of 18% for a single junction Cu2O photocathode under established working conditions for water splitting. The results present in previous studies have come close to the material limit. However, the major limiting factors are the material stability and the positioning of the Cu2O redox potentials in between its band gap, which promotes self-corrosion under light irradiation. Furthermore, the mismatch between the optimal thickness for light absorption and the charge carrier diffusion length limits the PEC performance. As shown in this thesis, micro/nanostructuring is favorable for enhancing the efficiency, and can provide devices that deliver higher performance compared to planar architectures.

To improve the performance of photoelectrochemical photocathodes based on Cu2O, composite materials have been used, heterojunctions have been developed, and the surface has been passivated with stable oxide materials with improved optical absorption and charge extraction properties. The tandem PEC configuration is shown to be superior, concerning aspects of high efficiency, stability, and the use of earth abundant materials. These improvements may lead to design strategies for fabricating efficient photocathodes and push the boundary of solar water splitting, possibly beyond the target of 10% solar-to-hydrogen efficiency.

Pramod Patil Kunturu is a PhD student in the department of Molecular Nanofabrication (MnF). His supervisor is prof.dr.ir. J. Huskens from the faculty Science and Technology (TNW).