Renaud Merlet is a PhD student in the research group Inorganic Membranes. His supervisors are prof.dr.ir. A. Nijmeijer and prof.dr. A.J.A. Winnubst from the Faculty Science and Technology. 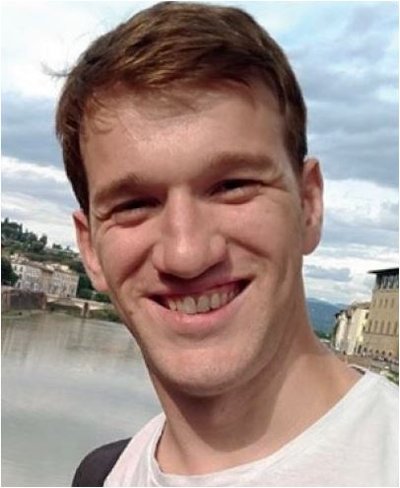 Membrane technology is the application of a selective barrier to separate components of interest, creating a product of added value for the user. A driving force, such as a pressure difference, separates the product from the feed mixture. Much of the research in membrane technology has focused on aqueous-based separations, for example, desalination or wastewater treatment. However, upon exposure to feed streams containing organic solvents, typical membranes have not possessed the required durability or performance. Development of new membrane types destined for such harsh conditions has been spurred by interest from industry and academia alike. This field is termed organic solvent nanofiltration (OSN), also referred to as solvent resistant nanofiltration (SRNF). As shown in Figure 1, OSN is a young yet growing research field. The attention OSN has drawn is due to its competitive advantages over traditional molecular separation processes: less energy consumed, ease of scale up, relatively mild operating conditions, and compatibility with heat-sensitive compounds.

The term “nanofiltration” describes a pressure-driven membrane process which will reject solutes below 2 nm in diameter, or, alternatively, <1000 Da in mass. Unlike aqueous-based nanofiltration processes, such as desalination, OSN does not refer to a specific application and purpose, it is rather an umbrella term for an assortment of chemical-related separations, for example, quinine catalyst purification in ethanol or the deacidification of waste oils in n-hexane. As a result, there is no “ideal” OSN membrane to be developed, meaning the advancement of the field as a whole lies not in the pursuit of incremental improvements, but rather in developing membrane materials which are resilient to a broad set of conditions and can easily be tuned for a wide range of applications.

To this end, membrane researchers continue to develop new polymeric and ceramic membranes. Each membrane type has advantages and drawbacks. Whereas polymeric membranes are widely available and easily modified, they can also be unstable in organic solvents, especially in nonpolar solvents. Ceramics are costlier than polymers, and the hydrophilic surface of ceramic mesopores inhibits the passage of many solvents, yet their chemical inertness and structural rigidity is appealing. Efforts to combine the robustness of porous ceramics with the tunability of organic materials have led to the emergence of a new class of membranes. It is the focus of this thesis: novel, hybrid ceramic-based membranes for challenging molecular separations.

Functionalization of a porous ceramic with an organic molecule can drastically change the behavior of ceramic membranes. One of the first effective surface chemical modifications of ceramic membranes was reported by Van Gestel et al., as illustrated in Figure 2. The grafting (creation of covalent bonds) between an alkoxysilane compound and the surface of γ-alumina support increased hexane permeability from 0.0 to 6.1 L.m-2h-1bar-1, while the same treatment reduced water permeability from 4.0 to 0.0 L.m-2h-1bar-1. Ever since, a plethora of existing chemistries have been ingeniously adapted to modify porous ceramic membranes for OSN, resulting in hybrid membranes with excellent permeation and retention properties.

Several types of hybrid ceramic-based membranes have been developed, each with their own strength and weaknesses, as detailed in Chapter 2. Researchers of these innovative membrane types seek low (< 400 Da) molecular weight cut-offs (MWCO), despite the limited pore size selection of unmodified ceramic membranes, and to apply the same strong performance across as large as possible a range of solvent-solute combinations. The advances in OSN membranes presented in Chapter 2 and continued in this thesis are inextricably linked to the development of novel membrane material combinations and innovative fabrication techniques.

Chapters 3 & 4 pioneer and expand upon the grafting-from method as applied to the confined mesopores of 5 nm diameter ɣ-alumina. Grafting-from is the process of growing polymer chains from an initiator covalently bound to its substrate, as opposed to grafting-to which is the linking of pre-synthesized polymer chains onto a surface (Figure 3). Grafting-from allows a greater variety of polymer grafts, and just as importantly, the in situ tuning of the polymer length. The implied benefit for membrane technologists is the potential to tailor both the surface properties and pore size of the ceramic support in one reaction.

Such a benefit is demonstrated in Chapter 3 with the surface-initiated growth of polystyrene chains. The grafting-from of polystyrene transforms the alumina ceramic support to an OSN membrane for non-polar solvents. The length of the grafted-from polystyrene is shown to be adjustable, thereby giving the ability to choose the MWCO (down to 330 Da). Chapter 4 expands the grafting-from technique of Chapter 3 to not only adapting the grafting-from procedure to another polymer, poly(ionic liquid) [StyMIM][Tf2N], but also by showing the potential of this technique in another field, CO2 separation from flue gas. The grafting-from technique was applied in a new, confined geometry to two different materials, yielding performing membranes for both OSN and gas separation.

Chapter 5 introduces both a new membrane material and a new, green membrane fabrication method. A thioether-based crosslinked thin film was fabricated on top of ɣ-alumina. This material is shown to be stable in acid, basic, bleach, and organic solvent media, as well as environments up to 150°C. The membrane fabrication method is a green evolution of the interfacial polymerization technique. Taking advantage of an air-liquid interface, it eliminates hazardous solvent use and stops the disproportionate amounts of reagent waste found in interfacial polymerization techniques.

OSN membranes and their potential

The ultimate goal of the research engineer is to create a product of added value for society. As this introduction has remarked and Chapter 2 fully reviews, there are numerous OSN membrane types which show this potential, the potential for eventual adoption into industrial applications. Without the ability to predict membrane performance or systematically benchmark membranes for a given application, research output is effectively limited. The diversity of OSN membrane applications means only a few membrane types are likely appropriate for a given application. The first approach, modelling transport behavior across the membrane, is the topic of Chapter 6.

The ability to mathematically describe the mass transport of a solution across a membrane can allow for the prediction of transport of another solvent-solute combination, or, alternatively, of a related membrane. A predictive model encompassing multiple membrane classes does not yet exist, however, insights gained during modelling attempts yield valuable information. Chapter 6 shows that the solute rejection is solvent dependent (as the solvent permeability was shown to be [10]). It establishes a model that predicts permeability and retention for ideal solutes (dyes) in a given solvent. It does this correctly by allowing for the diffusion of solutes through the graft.

Chapter 7 is a collaboration between several producers of cutting-edge OSN membranes to compare the performance of membranes in model solutions representing challenging industrial mixtures. Comparability of results among the plethora of published OSN literature (Figure 1) is sometimes dubious: different test variables introduce doubt. Test parameters of laboratory-produced membranes, such as equipment configuration, pressure, temperature, etc., to name only a few, are not uniform. Chapter 7 establishes that a fair comparison can be made when comparing the same solvent-solute combination, regardless of dead-end or crossflow configurations and other setup parameters. It shows that performance of a given membrane class can vary widely between even similar cases, e.g. the solute diphenyl anthracene dissolved in toluene versus heptane.  For three industrially relevant mixtures top performing membranes are established and therefore recommended to the industrial partners of the study for further investigation.

Both the screening of seemingly suitable membranes for industrial applications and efforts towards producing predictive OSN models are worthwhile pursuits. Progress in these approaches will accelerate the adoption of membranes into industrial processes.

Renaud Merlet is a PhD student in the research group Inorganic Membranes. His supervisors are prof.dr.ir. A. Nijmeijer and prof.dr. A.J.A. Winnubst from the Faculty Science and Technology.