The European Southern Observatory aims to realize a huge telescope at some location on the southern hemisphere (probably in Chili). Since the end of 2005, ESO has been working together with its user community of European astronomers and astrophysicists to define the new giant telescope needed by the middle of the next decade. Dubbed E-ELT for European Extremely Large Telescope, this revolutionary new ground-based telescope concept will be 42 metres in diameter and will be the world's biggest eye on the sky. With the start of operations planned for 2018, the E-ELT will tackle the biggest scientific challenges of our time, and aim for a number of notable firsts, including tracking down Earth-like planets around other stars in the "habitable zones" where life could exist — one of the Holy Grails of modern observational astronomy.

Vibration-free cooling is one of the technologies that were identified as the most needed in the development of E-ELT instruments. Useful cooling technologies in this respect were developed at University of Twente and can be further investigated to meet the needs of E-ELT instruments. The cooler chain will be composed of multiple stages in which various cooling technologies can be applied, all of which can be realized with extremely low vibration levels. The options are pulse-tube coolers, sorption coolers and liquid-cryogen baths. 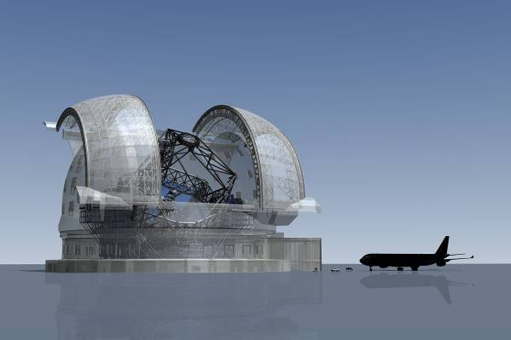 The project can be divided into 3 main activities:

So far, sorption coolers at UT were developed for cooling powers in the range of 10 mW. Instruments at E-ELT, however, may require a much higher cooling capacity of 0.1 - 10 W depending on the operating temperature. Although the higher capacity can simply be realized by applying a number of coolers in parallel, it is clear that such a configuration will not be the most compact or energy efficient. Therefore, we investigate these higher power systems at different operating temperatures, aiming at compactness and efficiency. Four stages will be investigated that correspond to temperatures of optics and detectors in the different E- ELT instruments. These stages are 150 K for the near IR instrument, 80 K for the near IR detector, 30 K for the mid IR instrument and 5 K for the mid IR detector

Obviously, the higher temperature stages can be used as precooling stages for the lower temperature ones. However, in order to establish a relatively high cooling capacity at 5 K, precooling by a liquid nitrogen bath will be required.