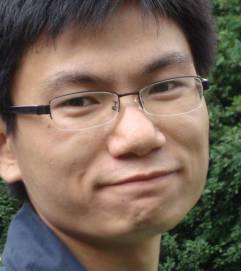 I graduated from the Sichuan University (Chendu, China) in 2005, with a degree of B. Sc. I was then enrolled to a 5-year PhD program in College of Stomatology at the same university. In March 2008, I aborted my study in China and joined the research group leading by Dr. Marcel Karperien in the department of Tissue Regeneration as a PhD student.

Autologous chondrocyte transplantation (ACT) is the golden standard for treatment of large-size cartilage defects. ACT requires, however, at least two operative procedures which take several weeks. We recently developed a simple method that can circumvent the necessity for chondrocyte expansion by cell culture. In this single step procedure, chondrocytes are isolated, mixed with mesenchymal stem cells, loaded on a scaffold and directly re-implanted into the patient. The amount of cartilage produced in this procedure equals or is even more than that formed by a pure chondrocyte population or a pure mesenchymal stem cells population. The improved chondrocyte formation may be explained by cross-talk between the chondrocytes and the stem cells with an as yet unknown mechanism. What I am going to do is to uncover the cellular interaction in the co-culture system. So, my research project can be described as: Elucidation of the mechanism of action of chondro-induction in co-cultures of chondrocytes and mesenchymal stem cells.