The motivation for this project came from one of the most fascinating examples of free-standing thin film applications: the EUV pellicle. This is a large membrane which protects EUV lithography masks from contamination. The pellicle has to be transparent to EUV light. Therefore the pellicle must be extremely thin, typically around 20nm. Such high size-to-thickness ratios makes EUV pellicles fragile.

In his PhD project, Shafikov focused on one of the candidate material types used for making pellicles – metal silicides. Using various experimental techniques and modeling, he investigated the relation between the composition, nanoscale structure and mechanical properties of these silicides. He determined the best synthesis of these silicide thin film and ultimately offered enhanced mechanical performance for future pellicles. He discovered that by controlling the metal-to-silicon ratio and average grain size, the fracture strength can be improved while reducing internal stress. This allows to fabricate thin films that are less likely to break. 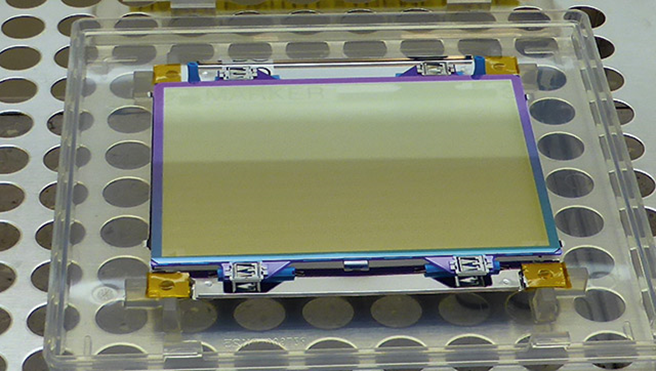 In addition to deepening the understanding of the mechanical properties, Shafikov also made advances in the methodology of fracture testing these free-standing thin films. Studying fracture of these nano-scale thin films is inherently challenging because samples require very careful handling, alignment and load application due to their small size and fragility. In this project, he developed a simple and robust technique that makes it possible to directly observe and study the process of crack propagation in free-standing thin films.

Thin film test structures are prepared on a silicon chip and mechanically loaded by bending the chip. Performing the whole test on-chip removes the need to handle the microscopic test structures and offers the possibility to make many structures on one single test wafer. This offers either much better statistics, or many variants in test structure in one go. 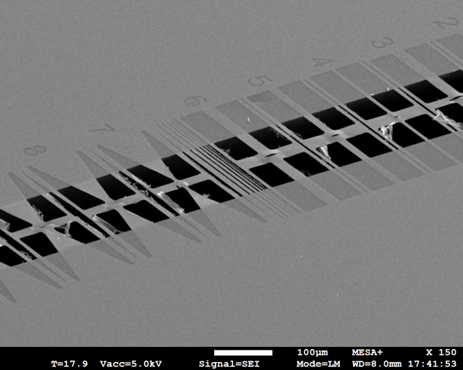 “To illustrate how impactful the work of Airat has been, we note that next to four peer-reviewed papers, his work on pellicles has also led to one patent application in collaboration with ASML”, says his supervisor Prof Dr Ir Jos Benschop. His on-chip test structures have sparked collaboration with groups in Belgium (Leuven, Antwerpen) who will use them for understanding the mechanical properties of a much broader family of materials. And his ultra-thin membranes are now also being used in other projects within XUV optics group, for example in XFEL (Hamburg) and TEM (Saclay) experiments, where they serve as support windows.

This successful PhD-defence marks the end of a ten-year assignment of Prof Dr Ir Jos Benschop as “NNV hoogleraar Industriële Natuurkunde” at the University of Twente. According to Benschop, this work is an excellent example of how real-life challenges of industry (like EUV pellicles) require world-class physics combining novel experimental methods with modelling as demonstrated by Shafikov working in the XUV Optics group at the University of Twente.