Álvaro Moreno Soto is a PhD student in the Physics of Fluids group. His supervisors are prof.dr. R.M. van der Meer  and prof.dr. D. Lohse from the Faculty of Science and Technology. 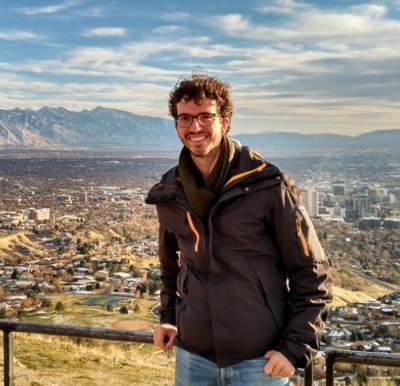 Bubbles are present in a very wide and extensive variety of processes. The motivation for this work originates from the fact that in chemical reactions, such as electrolysis or catalysis, bubbles attach to the reacting surfaces or electrodes, inhibiting or impeding the reaction to continue. The analysis of the bubble nucleation, growth and detachment is consequently essential for future applications that may want to avoid the formation of bubbles or, at least, transport the bubbles away by different means. We provide in this thesis different studies of the fundamentals of bubble behaviour in different configurations. These different case scenarios deepen the knowledge about the different phases during the bubble evolution, such as the way they nucleate and attach to specific locations, the way they deplete their surroundings as they grow and extract the gas from the bulk, the different stages they undergo when coalescence occurs, and the response they have when ultrasound are applied. The first six chapters of this thesis concern the just mentioned behaviour in a domain in which the supersaturation level of a solution of liquid (water) and gas (CO2) can be precisely controlled by pressure drop. We perform experiments regarding the so-called history effect, the depletion caused by bubbles growing in a succession, the transition to convection during their diffusive growth, the extensive depletion caused by confinement, the coalescence of two neighbouring bubbles, and the rectified diffusion and bubble removal from surfaces by means of ultrasound.   The acquired knowledge through these experiments allow us to compare this now well-understood behaviour to the less known evolution on electrodes. Consequently, two full chapters of this thesis reflect the direct comparison between the bubbles generated by pressure decrease and the electrolytically-generated bubbles. We find that for the two cases the geometry of the substrates is extremely influential on the final bubble radius before detachment. The evolution of the concentration boundary layer is however remarkably different in electrolysis, since bubbles in chemical reactions are generated in a medium which is continuously producing new gas. The fabrication of microstructured substrates with the presence of micropillars allow us to gain some control on the location in which bubbles nucleate and grow, releasing the reacting surface from their detrimental block. The fact that bubbles block the reacting surfaces is curiously useful if the nucleation rate of such bubbles needs to be calculated. The time that bubbles take to nucleate and grow until blocking the electrodes can be then measured with precision and provides very useful quantitative data which can be used in many future applications. This book opens many doors to continue widening the knowledge of bubble nucleation on electrodes with the perspective of achieving in the near future different ways to transport gas away from electrolytic/catalytic surfaces and, as a result, improve the efficiency of chemical reactions.

Álvaro Moreno Soto is a PhD student in the Physics of Fluids group. His supervisors are prof.dr. R.M. van der Meer  and prof.dr. D. Lohse from the Faculty of Science and Technology.