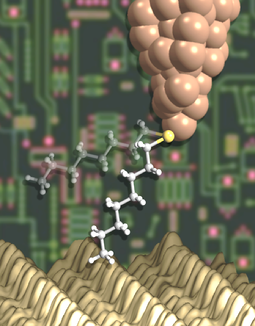 The idea that a single molecule, could be embedded between electrodes and perform the basic functions of digital electronics, such as rectification, amplification and storage, was already put forward in the mid-1970s by Ratner and Aviram from IBM. Their suggestion remained a dream until the advent of the scanning tunneling microscope in the 1980s, which gave researchers the tools to probe individual molecules and move them around at will

Using a scanning tunneling microscope (STM) are we able to construct a single molecular switch and transistor out of a single octanethiol molecule, using the STM tip to contact the molecule (see the figure on the right).

Besides making functional electronic components out of single molecules, also the dynamic behavior of self-assembling monolayers and molecules on atomic scale nanowires are examined. 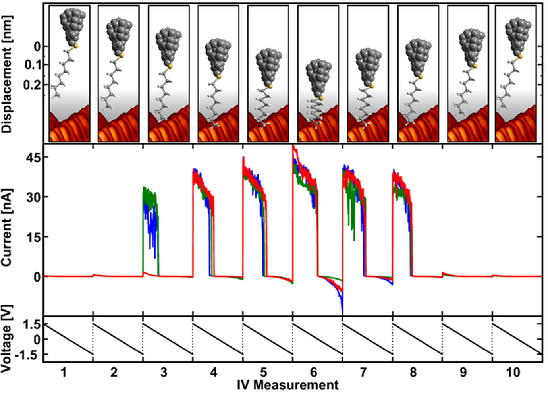 Mechanical gating of single octanethiol molecule junction by varying the contact's interspace, leading to a variation of the conductance.