This year Marcel Mulder prize is awarded to Ettore Virga. Ettore is currently PhD student in the Membrane Science & Technology cluster. He has invented a new generation of membranes that can prevent fouling even in the most adverse conditions. A novel zwitterionic polymer has been successfully coated on membranes to make them less prone to fouling. In this way, the industry will use less energy and chemical consumption for water filtration. The coating can be applied to any surface where fouling needs to be avoided, creating an even bigger impact.

Ettore Virga will graduate within the standard 4 years and already has published 6 papers on his new technology, all in high ranking journals. He is now in charge of coordinating the Concentrates Theme in Wetsus while finishing his PhD research.

In 2001, Marcel Mulder was appointed as professor on Sustainable Water Technology and Membrane Technology at the University of Twente. Stationed in Leeuwarden, he was the one who planted the seed for Wetsus. Unfortunately, before he was able to see the further development of Wetsus, he passed away on November 17, 2002. In memory of him, and to extend his ideas, an annual Professor Marcel Mulder Science Prize is awarded to the Wetsus researcher who made the most exceptional performance in the field of water technology in the past year. 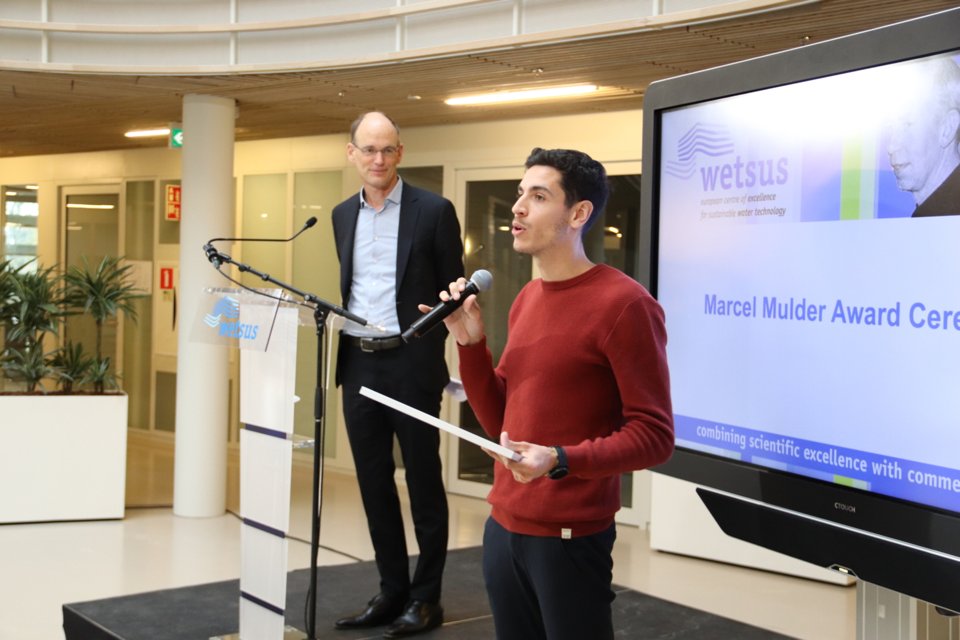