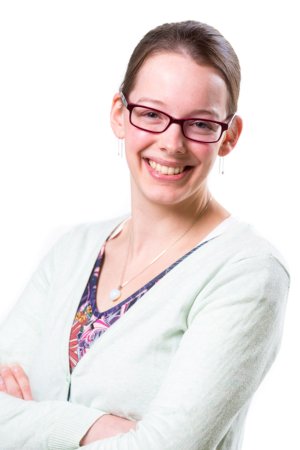 Breast cancer is a disease which affects 1 in 7 women during their lifetime. With 464.000 new cases and 131.000 deaths, it is the most occurring cancer type and leading cause of cancer related deaths in women in Europe [1]. As the overall age of the population is predicted to increase, these numbers will rise as well. Cytotoxic agents, hormone treatment, radiation and small molecule inhibitors are the current therapies used in the treatment of breast cancer [2]. Although these therapies work well towards the primary tumor, they do not affect the surrounding stromal cells. Tumor growth and survival depend greatly on the support of the tumor micro-environment (TME), where stromal cells promote neo-angiogenesis, matrix remodeling and cause suppression of the adaptive immune system [3, 4]. Macrophages play a major role in these processes. Tumor-associated macrophages (TAM), present in the TME, have been shown to play a crucial role in tumor growth and progression [5]. Therefore, effective treatment of TAM might prove to be a successful treatment strategy in breast cancer therapy. This thesis project aimed to develop a novel nanoparticle-based strategy to target TAM and inhibit their tumor growth promoting activities. A novel drug candidate was identified for  such inhibition, and incorporated into a newly designed nanoparticle delivery system, which is able to selectively deliver TAM-modulating drugs to TAM.

In Chapter 2, the role of TAM in tumor development is discussed in detail. Different strategies for the modulation of TAM are discussed:

Often, drug candidates include cytotoxic agents, aimed at the depletion of macrophages. As these therapies are aimed to specifically remove pro-tumoral macrophages, other macrophage populations, which display anti-tumor properties, or perform other critical functions, should not be affected. In order to achieve this, this literature update confirms that TAM-targeted nanoparticles selectively delivering TAM-modulating drugs are an attractive option.

In Chapter 4, we found that amongst the upregulated receptors identified in chapter 3 (Figure 1), cluster of differentiation 36 (CD36), scavenger receptor class B1 (Scarb1) and collectin subfamily member 12 (Colec12) are involved in the recognition of oxidized lipids [6-8]. We explored the possibility of targeting these receptors by using the natural ligands to these receptors, namely carboxylated phosphatidylcholines (CyPC) and incorporated these into liposomes. In vitro, significantly more uptake of CyPC-containing liposomes by M2 macrophages, as compared to M1 macrophages was observed with human THP-1 cells and murine bone marrow derived macrophages (BMDM). In vivo, enhanced tumor and decreased liver and spleen accumulation were found. Analysis of tumor tissues revealed co-localization of liposomes with the M2 macrophage marker CD206. Analysis of the uptake mechanism revealed that Scarb1 and Colec12 were mainly responsible for the M2-specific uptake of CyPC-containing liposomes.  In conclusion, CyPC-containing liposomes showed superior M2-macrophage uptake, increased tumor but decreased liver and spleen accumulation. This research suggests that these M2-targeted nanoparticles may serve as an effective nanoparticle delivery system for the specific delivery of drugs to TAM, given their M2 phenotype.

In Chapter 5, we investigated a novel drug for the treatment of TAM. Since TAM (or M2 macrophages) but not other macrophage populations show pro-tumoral effects, we aimed to target a pathway which is specifically upregulated in M2-macrophages. We identified such a pathway by exploring the mechanism of M2 differentiation. After binding of IL-4 and IL-13 (two major cytokines for M2 differentiation) to their common receptor, the signal transducer and activator of transcription 6 (Stat6) becomes activated and regulates the gene transcription of M2-associated genes [9-12]. We investigated the role of Stat6 in macrophage polarization. Stat6 was highly activated in M2 macrophages, while silencing of the Stat6 gene led to inhibition of M2-macrophage polarization. Using the selective Stat6 inhibitor AS1517499, Stat6 activation and subsequently M2 macrophage differentiation was inhibited pharmacologically. When using this inhibitor in vivo, a significant reduction in tumor growth was found. Moreover, less liver metastasis was observed. Upon investigation of the mechanism of action, it was shown that treatment with AS1517499 led to a reduction in genes related to metastatic niche formation. From this study, we conclude that the Stat6 pathway plays an important role in M2-macrophage differentiation. Moreover, we were able to successfully inhibit this pathway, without affecting M1 macrophage populations. In vivo, this drug showed promising potential to reduce tumor growth and metastasis. These data reveal that inhibition of the Stat6 pathways is a promising way to inhibit TAM-driven tumorigenesis and metastasis.

In conclusion, this thesis has explored the design and development of a novel M2 macrophage targeting system to deliver therapeutic agents to TAM for the treatment of breast cancer. This research gives a better understanding of the interaction between macrophages and nanoparticles, the therapeutic role of the Stat6 pathway in modulating M2 macrophages, and we propose a novel liposome-based TAM-delivery system. Our data suggest that the targeted delivery of a Stat6 inhibitor represents a promising approach in the fight against breast cancer. Altogether, the research from this thesis opens up new opportunities to utilize the TME to achieve improved antitumor responses by targeting and modulate TAM.

In 2005, Karin started her study Pharmacy at the University of Utrecht. After getting her bachelor’s degree in 2008, she continued with her master’s in Pharmacy, with special attention to the development of medicine. Some elective courses included Nanomedicines and Natural Product Research. During internships at the hospitals in Harderwijk and Enschede, she paid special attention to Good Manufacturing Practice (GMP). In 2010 she started working on her master’s thesis on Paediatric drug formulations. In 2011 she graduated at the University of Utrecht.