On October 12, 2022, Dr. Yijian Zeng of ITC's Department of Water Resources was invited to present the WUNDER project (Water Use and Drought Ecohydrological Responses of Agricultural and Nature Ecosystems in the Netherlands)  to Mark Harbers, Dutch Minister of Infrastructure and Water Management, (see article on this visit here). The WUNDER consortium unites 19 partners from the public and private sectors to develop adaptation measures to reduce drought effects on diverse water-soil-plant systems (such as crops). 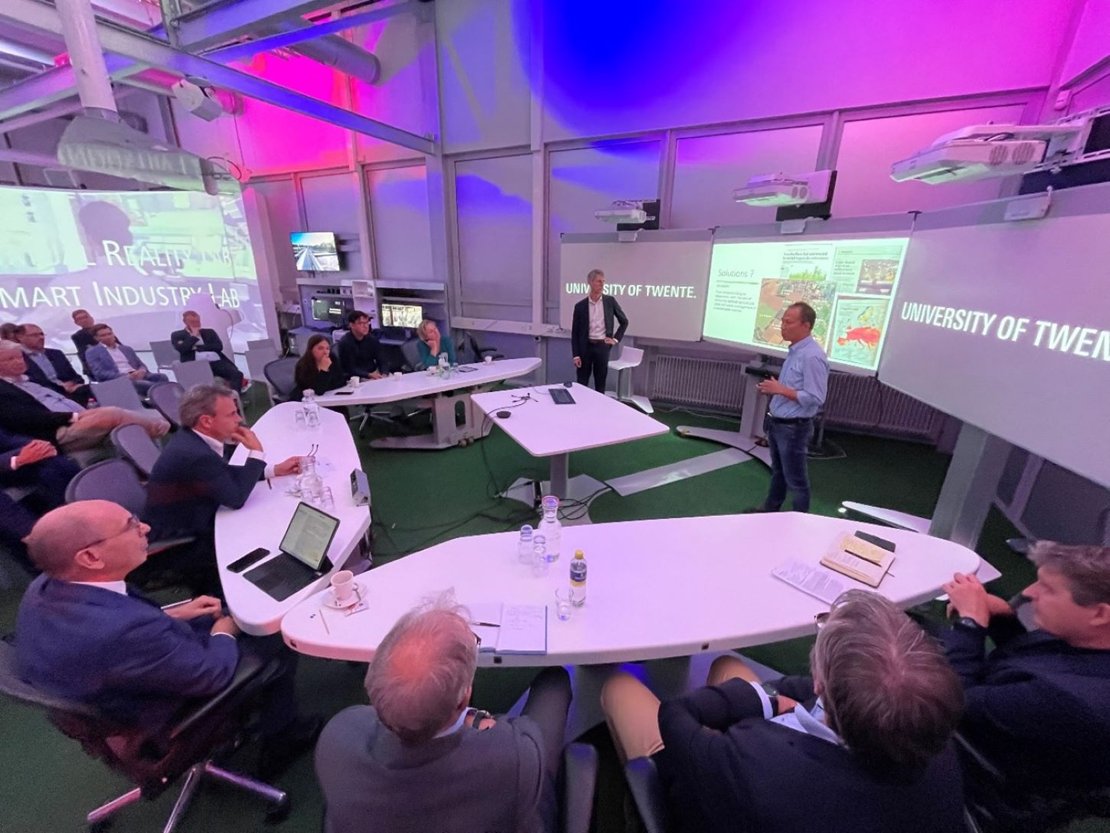 The current system of water management for agriculture in the Netherlands uses ground and surface water for irrigation during times of water shortages. The ban on sprinkler irrigation introduced in certain provinces affects agricultural production, since farmers cannot use surface or groundwater (either for sprinklers or sub-irrigation). Furthermore, the combined effect of the irrigation ban and the continuous groundwater subtraction by drinking water companies has exacerbated drought damage to  Dutch agriculture sector. Currently, the Droogteschade Nederland (DNL) has initiated a legal framework for compensation to farmers for drought damage due to drinking water extraction and will initiate a collective lawsuit for the settlement of this drought damage. For identifying potential regions that may suffer such agricultural losses (i.e. regions with more than 2 cm reduction in water levels due to excessive water extraction), DNL is using the Landelijk Hydrologisch Model (LHM, a national hydrological model). It is, therefore, crucial to understand the accuracy of LHM simulations, and how realistically the LHM can reflect drought damage. To further co-develop LHM, the WUNDER project will team up with Rijkswaterstaat, Deltares, Wageningen University & Research, and other partners, focusing on the physical processes in the vadose zone of soils where agricultural plants have their roots, for a more accurate and transparent description and calculation of the damage due to drought.

Based on the results, WUNDER will further investigate the possible monetary benefits for farmers if they adopt innovative agricultural practices. For example, an agroforest (or voedselbos in Dutch) is an innovative direction for farming that is highly resilient to droughts. The photo below demonstrates the continuous resilience of the agroforest (Ketelbroek Voedselbos of Wouter van Eck in eastern Netherlands) compared to surrounding conventionally-farmed fields. 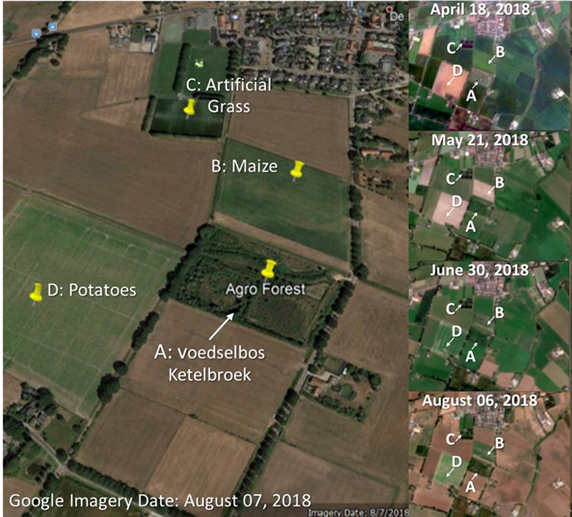 During the open discussion with Minister Harbers, UT researcher Dr. Yijian Zeng presented the potential of an agroforest as a nature-based solution in the agricultural sector to combat droughts. It is crucial however to consider the long-term aspects of such a solution, as an agroforest needs some upfront investment and in the first 3 to 5 years when there is no profit. The Minister expressed awareness of the potential of agroforests and the possibility of introducing measures to support the transitional costs for farmers willing to shift to this new way of farming.

Back to the main Resilience@UT page