The success of Internet of Things, consisting of many tiny and autonomously working sensors, largely depends on energy consumption. The energy needed for converting the physical signals into digital data, can still be lowered. The focus is often on the actual conversion from analog to digital, but the energy-consuming step before that is often overlooked. University of Twente researcher Harijot Singh Bindra (Integrated Circuits Design group) managed to drastically improve both. The result: the energy efficiency world record is back in Twente.

If, in the near future, we’re surrounded by many sensors connected to the Internet, replacing batteries should not be something we have to worry about. One of the attractive options would be that the sensor ‘harvests’ its own energy, from light or movement for example. In the plant’s health monitoring project ‘Plantenna’, for example, energy of the plant will ideally be sufficient to drive the sensor. To make this a success, minimizing energy consumption of each and every block of a sensor node is key. Collecting the physical signals and converting them into digital information is one of the major energy consuming steps.

Responsible for this is the actual analog-to-digital converter (ADC): this still can be improved, as Bindra demonstrates. But there’s more. The actual sensor and the sensing circuitry is always ‘on’, for immediate detection of changes in the physiological signals. Feeding this signal into the ADC also takes energy: this is the proverbial ‘elephant in the room’ that has been often overlooked and is not accounted for in benchmarking an ADC’s performance. Bindra worked on reducing the energy consumption of both, resulting in a combined energy consumption per conversion step that is lower than the current standard. It is less than 1 picojoule (10-12 Joule) per conversion step. This means for example, if a button cell battery is used then it can be used for at least 10 years without any replacement.

The ADC he designed is of the ‘successive approximation’ type. This is already considered to be the most energy efficient choice for AD conversion, but Bindra proved there was still room for improvement. The basic idea of this type of ADC is that the input signal is compared to a changing reference voltage, thus step-by-step moving towards the accurate digital code that represents the physical signal. It is this comparison that consumes up to 50 to 60 percent of the converter as a whole, so Bindra improved its performance. Each comparison step takes a minimum amount of energy for certain accuracy level This energy is lost at the end of each comparison and has to be replenished for the next comparison step. Bindra manages to reduce this loss in energy by using only a part of this energy for doing comparison. This energy loss depends on the voltage difference after a comparison step, and on the capacitance value: by making smart adjustments to both, Bindra manages to lower the comparator energy consumption by a factor 2.5. 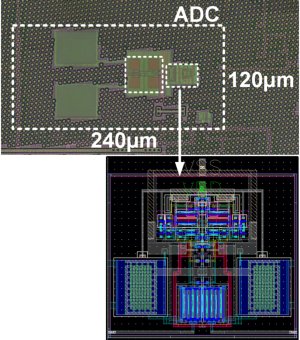 Furthermore, to enable AD conversion, the signal coming from the sensor must first be ‘made ready’ at the inputs of an ADC. In most cases, a relatively large capacitor is to be charged to the entire range of signal for that. But by clever switching between capacitors, depending on the level of the input signal, the energy required to ‘feed’ the physical (sensed) signal to the ADC inputs for conversion can be reduced by two to three times.

The ADC is part of the wireless communication system of the sensor, which is a major consumer of energy. Another strategy the University of Twente is working on, is about the way the sensors actually communicate. The sensor software can decide if it is necessary to send out the data ‘here and now’, or if it is possible to cooperate with neighboring sensors in a smart way, thus lowering the need for communication. 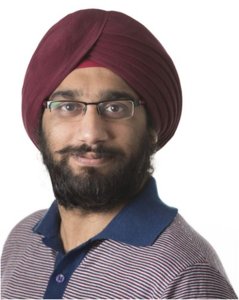