The so-called PATAT (acronym for Ploughing Asperity Testing Apparatus Twente) is an in-house developed tribotester that enables friction and wear experiments on a microscopic scale. A stationary indenter is mounted in the holder, while a sample is mounted on an xy-table. The set-up simulates the contact conditions and friction at the scale of a single ploughing asperity. 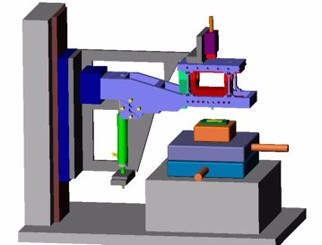 A load is applied on the contact, while the sample moves. During the experiment, both the friction and the indentation depth are measured. Using a high magnification camera, the contact conditions and wear processes can also be seen.

It is planned to expand the set-up with a Surface Force Apparatus Unit. 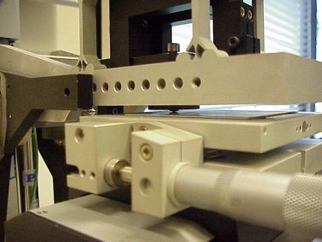 Picture of the PATAT 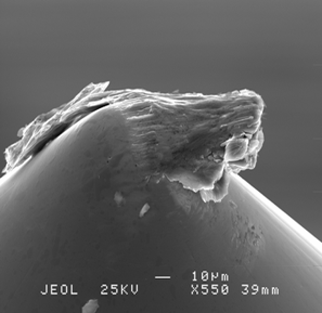 SEM picture of galling onto tip, after a PATAT experiment