Position sensing in MEMS is often based on the principle of varying capacitance. Alternative position sensing principles include using integrated optical waveguides or varying thermal conductance. Lantz et al demonstrated a thermal displacement sensor achieving nanometre resolution on a 100mm range. However a multi-mask production process and manual assembly were needed to fabricate this displacement sensor. In this work we present a 1-DOF thermal displacement sensor integrated with an actuated stage, and its experimental characterization. The system was fabricated in the device layer of a silicon-on-insulator (SOI) wafer using a single-mask process.

The thermal displacement sensor consists of two U-shaped resistive heaters in a differential configuration as shown in figure 1. Its temperature distribution depends on the stage position, because the amount of overlap with the stage affects the cooling efficiency to the stage dominated by thermal conductance through air. The temperature variation is measured by exploiting the temperature-dependence of the electrical resistivity of silicon: Applying the same voltage on both heaters, the stage displacement is measured by the difference between the heater currents. 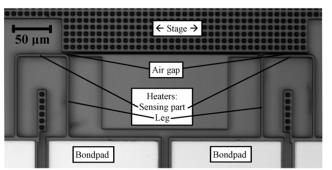 Figure 2: Microscope image of the sensor with the stage in its rightmost position.