Rarely has UT lecturer Arne van Garrel seen such perfect collaboration between students, technicians, lecturers and other involved parties. Twins Rowan and Cedric van Wijk recently graduated with a self-built wind turbine. The test phase suffered delays due to the advent of coronavirus. So their dads’ cars and the kitchen table served as a lab and test environment. Fortunately, when measures were relaxed, they could attend the campus to test their invention officially in the University of Twente’s wind tunnel.

Wind Energy is a fourth-year subject taken by about a hundred students. One element of the subject is a practical in the wind tunnel. The Department of Thermal and Fluid Engineering had harboured the desire to have a wind turbine developed and tested by students for some time. A wind turbine made to scale could also contribute to further research. But most students graduate individually. And this was a huge assignment. “So it proved to be the ideal situation when we crossed paths with these twins”, according to Van Garrel.

Various tests are necessary to determine the performance of aircraft or wind turbines. Consistent wind conditions are required, which are created in the wind tunnel. Rowan and Cedric were able to test their thesis project, the wind turbine made to scale, at the UT campus.

“You need to work together intensively to produce a small wind turbine. That worked out very well because the twins live together. And they specifically wanted to do something together for their thesis. That is not always an option, but one was responsible for the rotor design and the other for the mechanical and electrical component.” 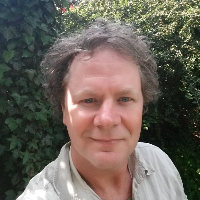 "The measurements in the wind tunnel proved to be the icing on the cake. The students achieved a great deal themselves with 3D-printing, but they also received help. There was a great deal of involvement from lecturers, technicians and the department. We worked together as a close-knit team. The twins worked on the wind turbine for eight months. Meanwhile, they graduated on the same day with a final mark of 9. The committees were impressed by the fact they created a working system out if nothing. In other words, a well-deserved final mark. A PhD candidate from China who is going to use the twins’ results in his doctoral research is arriving soon."