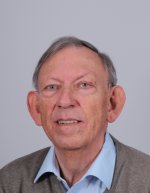 Koos Fockens was born in Groningen, The Netherlands, September 1946. He received an Ir. (M.Sc) EE degree at the University Twente in Januari 1974, and started working for Nedap N.V. in Groenlo (NL), until his retirement in 2011.

His work concerned development of, and research into, EAS (Electronic Article Surveillance) and RFID systems, including an application on fish telemetry.

As a result of the standarization work, and his involvement in Amateur Radio, he became interested in HF radio background noise and did privately long term measurements of radio noise, culminating in a dedicated measurement campaign of Man-made radio noise levels at MF and HF frequencies, commissioned by the VERON.

In August 2017 he joined the Power Electronics group (former Telecommunication Engineering group) of the University of Twente as a Ph.D. Student. The goal of the research is to study accumulation effects of man-made radio noise in residential environments, and the relation between source emission limits and local noise field strength levels.

Publications (co) authored by Tallienco Fockens can be found here.