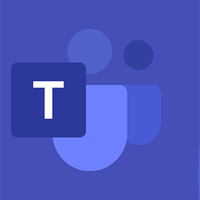 I have seen enough of myself!
This month we chosen to spotlight 3 new features in Teams that will help to reduce meeting fatigue and organise your chats. We have also added a somewhat older, but certainly useful feature.

"Moving your mailbox to the cloud".
As you may have already read on the Employee Portal, the mailboxes will soon be moved to Microsoft 365. This move will make a number of interesting features available in Teams that can make your work just a little bit easier. We have highlighted some of these features below. Please take a look!

“A whiteboard has joined the meeting…”
We have listed 3 new features in Teams this month. They are already available, so test them out!

“You’re on mute!”
In this last edition of 2021, we have picked 2 useful features that will soon be available in Microsoft Teams. We will continue with these posts next year, as Microsoft has plenty of new features planned. Happy holidays!

Improvements to chat, Breakout Rooms and filesharing
Things keep improving and changing in Teams, so it’s nice to know which interesting features are available or will be coming up in the near future. This month, we have 3 changes that we would like to share with you.

It’s hard to keep up with all the changes and improvements in Teams, so we try to make this a bit easier by sharing the most interesting ones with you. This month, we have 3 small changes that can make using Teams a lot easier.