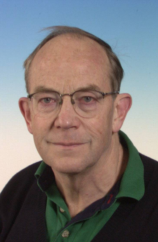 From 1991 till 2004 he was professor of psychosocial aspects of patients with rheumatic disorders, including education of patients and general public, in the dept of Communication sciences, Faculty Behavioral Sciences and Philosophy. He is since 2004 attached as emeritus professor to the department of Psychology, Health and Technology of the Faculty of Behavioral Management and Social Sciences.

At the moment no education activities at the UT.

Some representative publications in the last years

Hazemeijer I and J.J. Rasker, Fibromyalgia and the therapeutic domain. A philosophical study on the origins of fibromyalgia in a specific social setting. Rheumatology 2003; 42: 507-515

The Use of Polysymptomatic Distress Categories in the Evaluation of Fibromyalgia (FM) and FM Severity J Rheumatol 2015; 42:1494-1501