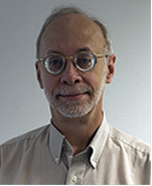 He has lectured and conducted research widely in North America, Eastern and Western Europe, Australia, East Asia and Africa. He has held visiting appointments at the International Institute of Management, Science Center Berlin, Germany; the Joint Research Program in Public Administration, Leiden University and Erasmus University, The Netherlands; and the Centre for Local Government and Regional Government Research, Cardiff University, Wales, UK. Professor O’Toole has consulted with or conducted research for numerous governments and governmental agencies, including the European Commission, the Economic and Social Research Council (UK), the US Agency for International Development, the US Environmental Protection Agency, the US Geological Survey, and the US Centers for Disease Control and Prevention. His work has also been supported by the US National Science Foundation.

He has worked with CSTM colleagues on joint publications and has provided guidance to many CSTM researchers on such topics as research designs and literatures regarding comparative policy, policy implementation, networks, and public management, as well as on aspects of sustainable development.