What a shock to hear this unbelievably sad news. My thoughts are with his family and every UT colleague who will miss Arjan sorrowly.

5. Mark Zuidgeest (Former colleague both in IHE Delft as well as the University of Twente)

I really liked your work on footprinting and you inspired me to do similar things in my field - transport studies. Other than that you were just a great personality, great to work with. My thoughts are with your family, friends and colleagues.

6. Miriam van Gool (Informed and inspired by his work)

Respect to the person and professional that prof. Arjen Hoekstra was. My empathy to his family and friends. There are no words to alleviate the pain at this moment, I wish you strength.

Will be STRONG, will work for the DREAM, will be HAPPY in my life, will do these things as you always encouraged us.
May your soul rest in peach.
Quanliang

I was shocked from this sad notice. He leaves a great legacy and his contribution to the society will have long standing.

With great regret I read the news about the passing away of Arjen Hoekstra this morning. Known as one of the most engaged scientist he established a complete novel thinking that opened the eyes not only of colleague-scientists but the entire society regarding the unequal share of water in our endangered planet. I will remember him as a sincere and dedicated colleague who left us way too early with a legacy that we need to fulfil to save our planet for the coming generations. My condoleances for his family and friends, leaving me without further words.

What a great loss, such a special person. My thoughts are with his family and friends.

My beloved supervisor. He inspires me for my research and guides me in the right direction. He is always passionate. He knows what is good what is bad for research. He is unique for the academic world. We will definitely follow your step and continue our research.

On behalf of Aalto University's Water and Development Research Group, I express my deepest sorrow due to passing away of a dear friend. We just met a few days ago at a symposium in China and this shocking news came right after. Arjen remains in our hearts and the testimony of his work in our scientific work. Condolences to the family of Arjen, as well as to all colleagues that share this deep sorrow.

Very saddened to hear about prof Arjen. My heartfelt condolences. We will miss you sir. 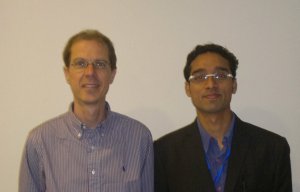 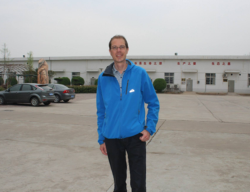 I thank you so much Arjen to have offered me this great opportunity of working in the Earth@lternatives project. You already inspired me when I wrote my master thesis, in Austria. You inspired me a lot for the beginning of my PhD. Now we have to go ahead without you by our side and lead this project to the success it deserves, and the success you deserve. At the very beginning of my PhD you told me "There is a growing trend of quantifying uncertainties. But life is full of uncertainties. We have to accept them and learn to live with them''. How wise and prophetic you were. How could we have quantified this uncertainty in our project? Now there is only one thing to do, always keeping you and your wisdom in our minds and our hearts and work hard to be the best scientists and humans we can be. I wish your soul finds the rest and the peace you brought in our hearts. I wish your family find strength through our sincere prayers. We know their pain and we share it. May peace be upon them and upon you.

Dear family, my sincere condolences with your very heavy loss. Wishing you all a lot of strength for the upcoming time period.
Best regards,
Inge Lefers

Arjen was a great person to have known and worked with. So much he still had to do. Hope his family and his colleagues at the water footprint network find the strength to cope with this very sad loss. I will do my best to live up to the example he was to me. Thanks go to him.

I am deeply saddened and shocked to hear about Professor Hoekstra's passing. He has been a great inspiration to me throughout my career and I was privileged to have him as my PhD opponent in 2016. I will do my best to honour his legacy by continuing working for sustainable water use for all.

Arjen Hoekstra was a leading light in water footprinting whose pioneering life cycle approach to measuring water consumption and its cumulative impact across the value chain has led to significant improvements in the way industry manages its consumption.

Our deepest condolences on your sudden and unexpected loss. The Environment Agency has been a supporter and partner of the Water Footprint for many years and will continue the legacy of professor Hoekstra's inspirational work on water management.

22. Amit Saha (My research in water footprint for dairy)

I am deeply saddened by the untimely demise of Professor Hoekstra. He was the synonym to water footprint research globally. Let's continue the great vision of his with greater zeal and enthusiasm. May god give peace to his soul and for solace to family.

Prof. Arjen Hoekstra's passing is a great loss international water research community. Arjen was the person that influenced me the most during the initial stages of my research carrier. His ideas revolutionized the way we understand and manage water; both as a local and a global – shared – resource. He introduced supply-chain thinking in water management and laid the foundation of a new interdisciplinary research field, addressing the relations between water management, scarcity, consumption and trade. I had the chance to meet with him a few times: in 2009 at Delft when he assumed the first training course on water footprint, at the 2010 Footprint Forum in Colle di Val d'Elsa and at the 2011 Stockholm World Water Week when I began presenting the first findings of my PhD, and at a 2012 conference in London when he invited me to present at a session he was organizing called “Solving the Water Crisis: Common Action toward a Sustainable Water Footprint”. The last time we met was 3 years ago, when both of us were keynote speakers at Wageningen, presenting different aspects of the concept during the final conference of a COST Action. His ideas became famous quite rapidly, his research articles highly cited, yet he remained a person down-to-earth and with a never-ending agony to find solutions to the escalating water management issues across the globe. In every meeting he showed interest in what young scientists are working on, he was open to discussion and he was welcoming critique. There are too many things we could have still learn from you. Thank you for the inspiration, Arjen, your ideas and passion will be dearly missed. The legacy of your work will guide many more future scientists. My sincere condolences to his family, colleagues and friends.

Sadly, I only had the opportunity to work with him for just 3 months. He was a great example not only as a prominent scientist but also as a thoughtful and supportive friend. It is a huge loss for his family, colleagues and humanity. Rest in peace Dear Professor. 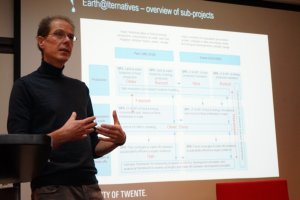 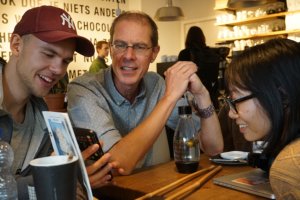